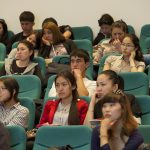 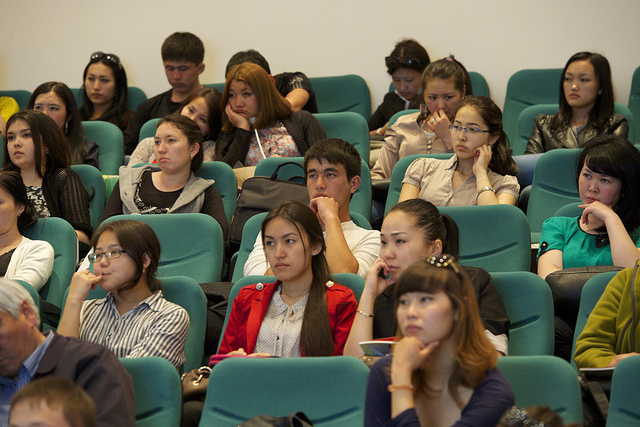 Western inﬂuence in Central Asia is at an all-time low since the collapse of the Soviet Union. Throughout the 1990s and 2000s, Europe – the European Union (EU) and individual member states alike – and the United States (US) supported Central Asian governments’ eﬀorts to join international organisations and to advance political, economic, and social reforms. Today, Western engagement and visibility in the region has diminished. Afghanistan is no longer the central focus of US foreign policy and hence US interest in Central Asia has waned. The EU, while active in development programming and funding, has partly lost its attractiveness as a model of regional integration and, as such, features less prominently in Central Asian states’ perceptions. Meanwhile, other countries, most notably Russia and China, but also newly-arrived actors such as the Gulf States, have strengthened their inﬂuence in Central Asia.

Western decline can be palpably felt in every day conversations throughout the region. Many Central Asians are increasingly ambivalent about Western eﬀorts to export democracy. Surveys carried out in Kazakhstan and Kyrgyzstan commissioned by the US Department of State’s Ofce of Opinion Research reﬂect, at best, guarded views toward the EU and the US. When asked about their favourability perceptions of foreign partners, Kazakhs and Kyrgyz now hold China and Russia in notably higher regard than the EU and the US.

In recent years, EU and US favourability perceptions have hovered around 50 per cent in Kazakhstan and just over 30 per cent in Kyrgyzstan, while for Russia it has been around 90 per cent in both countries and for China between 60 and 80 per cent over the last decade. In the Kyrgyz case, the slide in US and EU favourability perceptions precedes the 2014 Ukraine crisis, while in Kazakhstan, the downturn is contemporaneous with the Ukraine conﬂict. In 2015, only 29 per cent of Kyrgyz surveyed reported a positive view of the US and only 34 per cent held a positive view of the EU.

To a certain degree, this public opinion data runs counter to expectations. US Foreign policymakers have traditionally viewed Kyrgyzstan as the most pro-Western of the Central Asian states and Kazakhstan as more closely tied to the Russian political order. Then Secretary of State Hillary Clinton, for example, suggested as much in December 2010, when she singled out Kyrgyzstan as the one Central Asian country embarking on substantive political reform: ‘There are many who say [that] parliamentary democracy, true parliamentary democracy, cannot work in Central Asia or in many other places in the world […] We reject that and we think Kyrgyzstan has proven that it can.’ (Clinton Lauds Kyrgyz on Democracy, RadioFreeEurope, 2 December 2010). As for Kazakhstan, in his 2008 Senate confrmation hearing, Ambassador Richard Hoagland noted that democracy was ‘underdeveloped’ in Kazakhstan, and that ‘historic ties between Russia and Kazakhstan are strong.’ It is thus particularly surprising that the US’s reputation has taken a harder hit in Kyrgyzstan than in Kazakhstan.

Our current research on soft power in Central Asia suggests that there are several drivers behind the current low favourability of Western countries in the region. Russian media’s increasingly negative framing of the West likely plays a substantial role in shaping Kazakh and Kyrgyz public opinions. In both countries, state-sponsored media frequently reproduce, with some nuances, Russia’s coverage of foreign aﬀairs. Deep cultural and historical ties, such as the presence of a substantial Russian minority in Kazakhstan and half a million Kyrgyz labour migrants in Russia, help to ensure that Russian state narratives resonate. Russia’s media outreach to Central Asia appears to be paying oﬀ. Surveys conducted by the Broadcasting Board of Governors and Gallup in 2015 revealed that the majority of Kazakhs and Kyrgyz polled supported the Kremlin’s position on the Ukraine crisis and the annexation of Crimea.

But there are also other critical non-Russia related factors driving the West’s declining favourability perceptions in Central Asia. In Kyrgyzstan, our research shows that Western development assistance is received with mixed feelings. The perception that the EU and the US are imposing a ‘Western political reform agenda’ is widespread. This impression is somewhat less prevalent in Kazakhstan, as Astana is less dependent on foreign assistance. The perceived intentional spread of Western cultural values raises suspicion in both countries. The issue of LGBTI rights – a prominent foreign policy emphasis of the Obama administration and of several EU member states – is particularly sensitive, as it pairs well with post-Soviet narratives of decadent Western values and the need for a so-called Eurasian civilization to safeguard the region’s traditional values and morality.

That said, all is not doom and gloom for Western soft power in the region. Western flms and music are well represented and accepted in the Kazakh and Kyrgyz cultural marketplace. Kazakhs and Kyrgyz are still keen to study in the West. And the chance to live in Europe or the US is a dream shared by many of them. Soft power – in the sense of the West being culturally attractive and a place for high quality education and good living standards – endures. It remains unclear, however, if these elements of cultural soft power can oﬀset the West’s diminished political soft power, the declining attractiveness of Western-style democracy and the growing sense that the US, and to a lesser extent the EU, pursues international relations objectives that are inconsistent with Central Asian interests.

This disconnect between cultural and political soft power is one that Western policy communities would do well to consider. It is true that Central Asia no longer occupies the prominent role in Washington that it once did, especially during coalition operations in Afghanistan. The EU’s interest in Central Asia, which began with the Germany-initiated 2007 Strategy for the region, was developed at a time when the EU’s Eastern Neighbourhood policy was maturing and Brussels could look further afeld to economic, energy, security, and development interests. Today, geopolitical concerns for both the EU and the US have shifted. North Korea, Syria, and Iran, not Afghanistan, are now the main focus of EU and US foreign policy, while the EU’s Eastern Neighbourhood policy’s focus on Eastern Europe and the South Caucasus still dwarfs attention to Central Asia.

Geopolitics, particularly in today’s post-Cold War environment, is quick to change. Maintaining soft power in Central Asia is still in the West’s and, ultimately, in Central Asia’s interest. The Central Asian states will continue to see Western recognition as a welcome balance to Moscow and Beijing. The EU and the US may be limited in their ability to address Central Asia’s security and economic concerns. However, Western powers do have comparative advantages relative to Russia and China when it comes to education, science, and healthcare. These are areas of cooperation that the EU and US should deepen as the West seeks new and perhaps more modest ways to engage Central Asia. 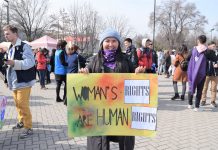 Emancipation or back to the kitchen? Gender and civil society in Kyrgyzstan