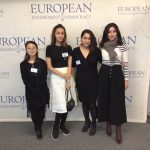 In mid-November Anastasiya Ten and Sabrinisso Valdosh travelled to Brussels with EUCAM coordinator Jos Boonstra for several meetings organised by Andreas Marazis of the European Neighbourhood Council. They also attended a conference on 15 November organised by the EUSR for Central Asia and the European Endowment for Democracy (EED) on ‘Strengthening civil society in Central Asia’. EUCAM produced a discussion paper for the gathering of Central Asian civil society representatives and EU officials.

By the way, EUCAM Fellowship programme is open for new applications. Click here to learn more. The deadline is December 3, 2018. 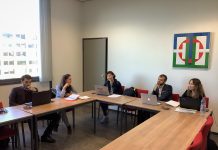 Media and Security workshop in Rotterdam 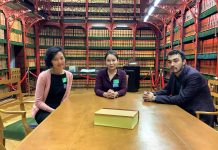 Meetings in the Hague