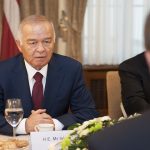 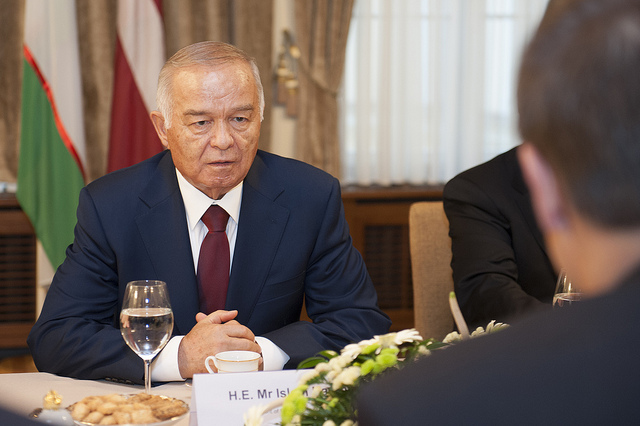 President Islam Karimov of Uzbekistan has been re-elected after scoring 90 per cent of votes at the Uzbek general elections held on 29 March 2015. According to offcial estimates, there was a 91 per cent turn-out. It was a carefully orchestrated, ‘no-surprises’ election. The other candidates were unknown to the public and their campaigns tended to praise President Karimov’s achievements. Already in 2007, the constitution was amended to allow the president to run for more than two consecutive terms. The presidential mandate was also reduced from seven to fve years, so as to justify Karimov’s right to a new candidacy. Since becoming the country’s frst president in 1990 (and in fact, the only one so far), Karimov has mastered the art of creating a Façade democracy.

In the December 2014 parliamentary elections Karimov’s Liberal Democratic Party also won most seats, but four other parties also make up parliament: the National Revival Democratic Party, which has a more marked ideological line regarding national identity, the People’s Democratic Party, the more ‘leftist’ Justice Social Democratic Party, and the ‘green’ Ecological Movement. All these parties, however, are loyal to the regime. Despite parties defning themselves as democratic, democracy is a concept very alien to Uzbekistan’s political life. The OSCE electoral observation mission present at the December elections concluded that polls ‘were competently administered but lacked genuine electoral competition and debate’, a conclusion taken as a victory by the Uzbek government and its hollow democracy strategy. There is no genuine opposition inside (or outside) Uzbekistan either. The opposition in exile in Europe and the United States are embroiled in internal struggles and are largely disconnected and lacking any local social anchorage.

In recent years, the regime has pretended to improve the balance of power between the three branches of government – executive, legislative and judiciary – and strengthen political parties in parliament. Changes have been cosmetic, designed to pretend to comply with international norms and standards, but in practice ridding the political system of all meaning. The regime is highly personalised and deinstitutionalised, and informal rules dominate. The role of offcial ‘civil society’ or mahalla has also been augmented. But this traditional neighbourhood community has been institutionalised by the regime as a mostly top-down institution to control the population.

In preparation for an eventual inevitable political succession within the Uzbek regime, some successful businessmen and/ or directors of public companies – Uzbekistan’s sort of oligarchs – have begun to re-distribute assets and power through several court trials over asset disputes. President Karimov is now 77 and will be 82 at the end of his mandate. The demise of the president’s daughter, Gulnara Karimova, and the dismantling of her business empire are only the tip of the iceberg of the behind-the-scenes power struggles ongoing in Uzbekistan, mainly between the secret services under the sway of colonel general Rustam Inoyatov, head of the National Security Service of Uzbekistan (SNB) since 1995, and other political-economic actors.

So far, Karimov has resisted giving up power. One reason for this could be fear of losing legal immunity and being prosecuted under a successor government. However, it is unclear why he did not choose to arrange to be awarded special status, such as Kazakhstan’s Nazarbayev’s ‘leader of the nation’ title. This would have guaranteed Karimov protection from any potential legal proceedings and allowed him to nominate a successor among his loyalists (maybe Prime Minister Shavkat Mirziyoyev or Deputy Prime Minister Rustam Azimov).

Regardless of what happens, it is very likely that a post-Karimov regime would largely resemble the current one, replicating similar mechanisms of intra-elite redistribution of wealth as happened in the presidential succession in Turkmenistan in 2007, whereby Gurbanguly Berdymukhamedov was Mastering a Façade democracy: elections in Uzbekistan Marlene Laruelle is director of the Central Asia Program (CAP) of the Institute for European, Russian and Eurasian Studies (IERES) at the Elliott School of International Aﬀairs, George Washington University, and associate fellow at FRIDE’s EUCAM programme elected the new president after the sudden death of Turkmenistan’s President for Life Saparmurat Niyazov. President Berdymukhamedov, his relatives, and associates enjoy unlimited power and total control over all aspects of public life. Meanwhile, Uzbekistan’s social and economic situation has begun to suffer from the serious slow-down of the Russian economy following the fall of oil prices and Western sanctions in light of the Ukraine crisis. To make things worse Moscow intends gradually to restrict visa-free entry to members of the Eurasian Economic Union. For the time being, Uzbekistan does not envisage joining Russia’s integration initiative, and could have its free movement into Russia blocked. This could suppose a serious blow to the budgets of Uzbek households, as there are currently 3 million immigrant Uzbeks working in Russia. Since the onset of the Ukrainian crisis, the Uzbek regime seems to have drifted away from its interest in regional cooperation towards attempts to improve its bilateral relations with its Central Asian neighbours, with a view to promoting an autonomous strategic and economic space.

A cloud thus hangs over the country’s economic prospects, toppled by a potential increase in religious repression in light of fears, real and imagined, of returning Uzbeks currently fghting alongside the Islamic State (IS) in Syria-Iraq.

At a time when the European Union is revising its strategy for Central Asia, the results of the Uzbek presidential elections further confrm the EU’s lack of vigour in pushing for democratisation in Uzbekistan, regardless of the limited clout it has over the Uzbek regime. In fact, the EU has recently pledged to increase its development funding to the country to about 170 million euros between 2014 and 2020 (from very modest amounts in the preceding sevenyear cycle), mainly to contribute to rural development. The Uzbek authorities play on their demographics (more than 30 million inhabitants, accounting for half of the Central Asian population) and on their strategic location to ensure foreign funding. While rural development is indeed a key issue for Uzbek society, the question remains how this money can be put to good use in a totally opaque system of redistribution and given the regime’s refusal to engage in any meaningful reform.