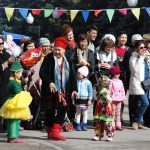 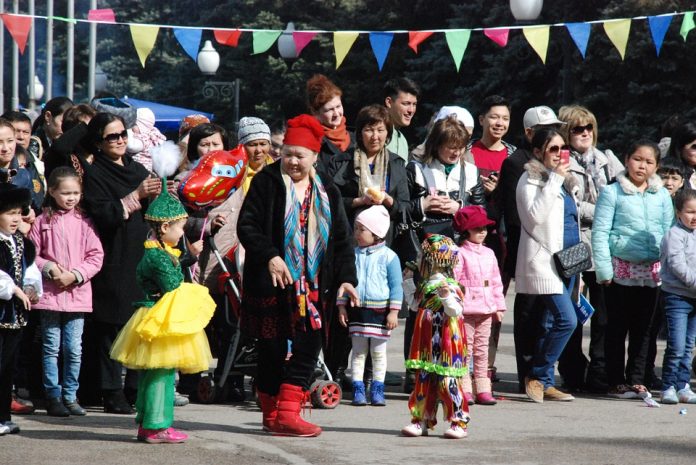 Central Asia receives rather limited attention when compared to other parts of the world, and when it does, it is often not good news: authoritarian regimes, human rights oﬀenses, radical Islam, and poverty. Indeed, the region does face a series of security, economic, environmental, and humanitarian challenges. The implication of Kyrgyz and Uzbek citizens in the recent St. Petersburg and Stockholm terrorist attacks has further deteriorated the region’s image within European circles as a far-away, dark, and underdeveloped place that exports radicalism. However, this is a misconception. In Central Asia, moderate Islam is the rule and radicalism the rare exception. Beyond a hospitable population and stunning landscapes, in Central Asia two opportunities stand out:

First, compared to some of its neighbours and other parts of the world, Central Asia is a relatively peaceful and stable region. In the region’s immediate neighbourhood, Afghanistan remains highly problematic and unstable, while Russia, aﬀected by low oil prices and sanctions, has shown willingness to use aggression against unruly neighbours, raising
concerns in Kazakhstan and other Central Asian republics. Further away, it is unclear how United States (US) policy will unfold towards the region under President Trump, but it is likely that US attention and investment in Central Asia will be even more limited. Turkey has turned away from democracy and is playing a less inﬂuential role in regions that lie outside its direct sphere of interest. The European Union (EU) is facing internal pressures from populist movements, Brexit, a rampant refugee crisis and recent terrorist attacks, among other ills, which are seriously aﬀecting its foreign policy and vigour in promoting values. It is true that Central Asia has its share of problems, but it seems to weather the storm. The region is aﬀected by economic downturn and societal pressure is mounting, but so far protests have been very sporadic and the Central Asian regimes seem stable. Regional3 EUCAM Watch No 17 – On a positive note… cooperation is gaining new impetus in light of Uzbekistan’s more cooperative stance, while relations with China and Russia are pragmatic and positive overall. One could argue that the incumbent regimes are the lid on a pressure cooker that guarantees peace and stability. The regimes also seem to turn up the heat themselves, by repressing divergent political views and squashing economic initiatives that do not yield direct benefts for the regimes themselves. But, all in all, there is stability and peace.

Second, Central Asia has a quickly growing young population. This human capital potential should be explored to connect Central Asian republics themselves, but also the Central Asian region with Europe, the Middle East, South Asia, and East Asia. To proft from connectivity, Central Asia should be more than a transit region, but also develop local industries, agriculture, and services. For this to happen, Central Asian countries will need to boost their educational systems and, most importantly, start making headway in diversifying their economies. Central Asia’s vast resources – from gas in Turkmenistan and oil in Kazakhstan to water in the south, as well as rare earths, among others – now dominate the small economies run by a political-business elite. These important assets should be better managed. Unfortunately, Central Asia’s international partners do not offer positive incentives: from European tax havens and banks that guard Central Asia’s embezzled funds to China extracting energy and building infrastructure with little regard to human development. There is good potential in terms of human and natural resources and the region’s strategic location, but this can only be positively exploited if governments develop long-term planning and start opening up to governance and economic reforms.

In this EUCAM Watch, we asked three Central Asian scholars and one EU policy-maker to share their views on the opportunities for Central Asia. In what sectors can Central Asia make progress and what can Europe do to help or how can it play a positive role? The EU Special Representative for Central Asia, Peter Burian, highlights connectivity and lays out what the EU can do to help Central Asians meet their potential. KIMEP’s Nargis Kassenova explains that Kazakhstan’s economic downturn might force it to reform politically and institutionally. Good governance is needed to maintain popular support. Kassenova also sees opportunities in regional cooperation as a result of a renewed Kazakh focus on Central Asia and a more cooperative Uzbekistan. Shairbek Juraev from the University of St. Andrews sees the absence of war as an achievement that seems obvious but is rather special for these young states. Powder-keg predictions have not yet come true. It will be important for Central Asia to develop and nurture its diplomatic class of policy-makers and peacebrokers. Alisher Ilkhavov from OSF focuses on development and regional cooperation opportunities. But not much progress can be achieved as long as the rule of law only exists on paper and is not followed in practice by the Central Asian authorities.