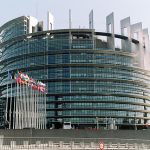 Home Research & Publications Commentaries What role for the European Parliament in Central Asia?
EUCAM Commentaries - No. 25 The challenges – internally and externally – for the new European legislature are numerous. Despite being only a small part of the puzzle, Central Asia should also be on the agenda. Authoritarianism remains on the rise and human rights and democracy are in decline throughout the region.

After two decades of post-Soviet legacy, the young Central Asian republics have developed into consolidated authoritarian regimes. All fve states have repeatedly scored poorly in the Freedom in the World index developed yearly by Freedom House. Over the last ten years, the trend for the region has shown deterioration of freedom levels in terms of civil liberties and political rights, with the exception of Kyrgyzstan which features as ‘partly free’. Turkmenistan and Uzbekistan are on a par with North Korea when it comes to the oppressive nature of the regimes. The EU has vowed to promote democracy and human rights in its foreign policy through various policy and fnancial instruments; the European Parliament (EP) is an important institution in ensuring that these matters are frmly on the radar of the Union’s executive institutions.

The Members of the European Parliament (MEP) Delegation for relations with Central Asia (and Mongolia), DCAS, have a challenging task for the coming fve years. These MEPs are the primary interlocutors between Europe and the members of the Kazakh, Kyrgyz, Tajik, Uzbek and Turkmen parliaments. But there are a number of differences between the two groups. First, unlike the former, Central Asian legislators do not necessarily represent an electorate, but are ‘selected’ based on their affnity with the incumbent regimes and often represent specifc business interests. Second, MEPs are not subject to pressure from the executive and are free to voice their opinions, initiate debate and vote; something that the rubberstamp parliaments of Central Asia lack. Cooperation between European and Central Asian parliamentarians would be more fruitful if these differences were diminished.

The promotion of democracy, human rights, good governance and the rule of law is one of the seven priority areas of the 2007 EU strategy for Central Asia. Throughout the past legislature, the European Parliament passed a number of important resolutions and delivered reports on these matters. The new EP will need to follow-up rigorously. EP engagement and strong views on human rights violations and democratic decline in Central Asia would signal that Europe has not given up on the region and its citizens. For this to happen, MEPs need to be well-informed about Central Asian realities, with information from DCAS and other EP structures. DCAS will have to reach out not only to Central Asian colleagues, but also to local civil society organisations based in the region and exiled Central Asian activists based in Europe.

In the EU’s external policy remit, the EP has a mandate to produce urgent resolutions and opinions. It can also ask an open question to the EU’s High Representative for Foreign Affairs and Security Policy about a particular situation of concern (in a Central Asian country, for instance), and a representative of the European External Action Service (EEAS) should reveal, explain and justify therespective EU policy in the EP. The role of the Committee on Foreign Affairs (AFET) and Subcommittee on Human Rights (DROI) will be as crucial as the specifc delegation for Central Asia in this regard. These committees will play an important role in the debate and the resulting opinion of the EP before topics are voted in the plenary.

During the 2009-14 legislature, Central Asia featured on the EP agenda on several occasions. In 2011, the European Parliament adopted a position on the EU strategy for Central Asia in which it expressed its views about the implementation of the strategy as well as on the state of democracy and human rights in each Central Asian republic.

In 2011, the EP rejected the inclusion of the Textile Protocol (bilateral trade in textiles) in the Partnership and Cooperation Agreement with Uzbekistan due to the latter’s resistance to allow independent monitoring by the International Labour Organisation (ILO) of the cotton harvest, as well as the lack of reforms to abolish forced and child labour in the cotton felds. This represented an important political message from the EP to the government of Uzbekistan. This topic is likely to re-emerge during the coming legislature. Conditions set by the previous parliament should remain as parameters at the next debate and voting on this issue.

Also in 2011 the EEAS began negotiations with Kazakhstan on a new Enhanced PCA. In 2012 the EP produced a report that outlined ‘that progress in the negotiation of the new PCA must be linked to the progress of political reform’ in Kazakhstan and insisted on the possibility of suspending the agreement in case of gross human rights breaches. The report highlighted the role of the EP not only during the negotiations, but also after the agreement enters into force. Negotiations have been concluded in early September. Without EP approval the agreement would not enter into force. The conditions for approval set by the previous EP legislature have not been met, and a thorough and comprehensive follow-up by the new EP on this matter will be important. It would not only reinforce the credibility of the EU and its institutions, but it would also be essential for keeping the debate between the EU and Kazakhstan about the need for political and democratic reforms.

n early 2014, the European Parliament’s DG External Policies published the study Evaluation of EU’s Human Rights Policies and Engagement in Central Asia (commissioned to FRIDE-EUCAM). The analysis concluded that even though the political environment in all Central Asian countries is hostile with regard to the protection of human rights and democracy, the EU could invest more efforts in terms of policy coherence and coordination, conditionality and matching ‘quiet diplomacy’ with increased public diplomacy.

The new MEPs will need to have a good understanding of the political situation and the regimes in Central Asia and review some of the above mentioned issues, in particular the agreements with Kazakhstan and Uzbekistan. Despite its remote location in relation to Europe and the many obstacles to advancing democracy and human rights there, MEPs should not condone the region’s authoritarian regimes by granting them new political and trade agreements that will be used to boost their international recognition.