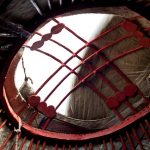 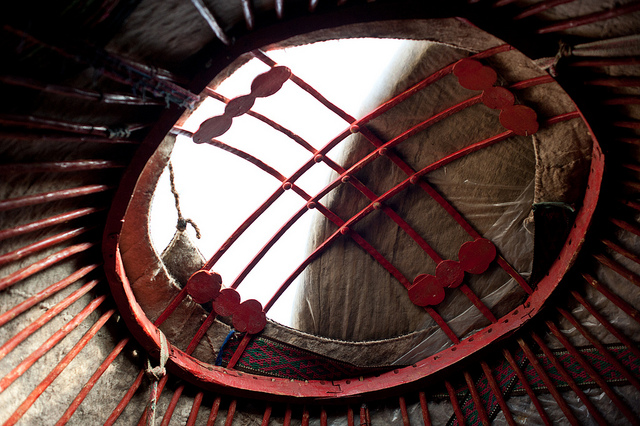 Following the June 2010 violence in Kyrgyzstan, ethnic nationalist voices of all stripes have become particularly loud, expressing their views to receptive audiences through mass media outlets and political platforms. Yet, there is a small group of civic-minded nationalists and moderate Kyrgyz nationalists who are fghting to tame extremists by formulating reconciliation policies.

The latter have adopted several different strategies, including persuasion and bargaining with nationalistic elites, as well as attempts to strip nationalist forces of the leadership over the direction of language politics. Their efforts, however, have not been as widely publicised in the press and are often reﬂected in policy decisions.

The group of ethnic nationalists includes members of Ata-Jurt and other political parties represented in parliament, top-ranking government members, as well as opposition leaders. Nationalism is most often used as a political tool to drum up political support, especially by politicians from the south. MPs Jyldyz Zholdosheva, Kamchybek Tashiev, Adakhan Mardumarov and Azimbek Beknazarov, among others, have used ethnic nationalism to rally support among their local constituencies. Nationalists insist that Uzbeks and other minority groups must learn to respect the ethnic Kyrgyz nation, its language and cultural symbols at the expense of their own cultural identity. At their most extreme, nationalist rants defne ethnic Kyrgyz as a privileged group that is superior to other ethnic groups living in the country, and openly blame ethnic Uzbeks for instigating the violence in Osh and Jalalabad in 2010. Nationalist policies resonate with many ethnic Kyrgyz thanks to the weak, citizenship-based identity currently employed by the majority ethnic group. They also reinforce discrimination of Uzbeks in everyday life and obstruct reconciliation efforts.

The group of moderates, in turn, includes primarily President Almazbek Atambayev, his cabinet, the staff at the national Department of Ethnic and Religious Policy and Interaction, several journalists and a group of civil society activists invited to participate in policy formation.

In the past few years, the Atambayev administration has responded to the growing opposition from nationalist political forces by adopting some of the nationalists’ views, but also by formulating a more inclusive ethnic and civic policy. In the run-up to the presidential elections held in October 2011, then Prime Minister Atambayev erected yet another two statues in central Bishkek, of epic hero Manas and renowned writer Chingiz Aitmatov. Both cultural symbols have a deep ethno-centric meaning in Kyrgyzstan.

The president’s election campaign posters, however, contained slogans calling for the unifcation of the nation, such as ‘Together we are – Kyrgyzstan’, resembling former President Askar Akayev’s ‘common home’ civic-based ideology.

Furthermore, thanks to Atambayev’s own inclination towards civic ideals and to a team of moderates who have risen to the challenge, signifcant efforts have been made behind-the-scenes to adopt a policy of reconciliation in 2012-2014. Most notably, in April 2013 the team developed the ‘Concept of Development of National Unity and Inter-Ethnic Relations in the Kyrgyz Republic’. This was the result of a two-year effort to reconcile competing visions of inter-ethnic relations presented by NGOs, ethno-centric nationalists, and the government. Representatives of all parliamentary factions, as well as members of civil society, helped draft the concept. According to Mira Karybayeva, head of the Department of Ethnic and Religious Policy and Interaction and chief curator of the concept’s design, it represents a broad consensus between polar understandings of the post-June 2010 situation in Kyrgyzstan.

Finally, in summer 2013, the president refused to sign a parliamentary bill that stipulated that the entire state administration had to use the Kyrgyz language exclusively, claiming that the bill was not polished and contained numerous legal inconsistencies. At the same time, the president announced the allocation of 10 million soms (roughly $213,000 or €153,000) to promote the national language in schools and government agencies. That way, the president stripped the nationalists of the ability to dictate language policy, and instead designed Looking for National Consensus in Post-Violence Kyrgyzstan Erica Marat, visiting scholar at Kennan Institute, Woodrow Wilson Center, EUCAM associate researcherspecifc programmes to support language education. Since then, the Department of Ethnic and Religious Policy has been able to lead language policy initiatives without much interference from nationalist forces.

Here, three things merit special attention. First, the language document represents a bold attempt to reconcile lingering tensions after the June 2010 violence in Osh and to prevent future outbreaks of violence. The concept seeks to explain inter-ethnic tensions not through an ethnic lens, but by looking into economic, demographic and political transformations in Kyrgyzstan.

Second, the document does not defne the Kyrgyz as a ‘state-making group’ or as a ‘titular’ ethnicity – two statements that the nationalists fercely demanded initially. Instead, it seeks to strike a balance between democratic principles and civic rights, on the one hand, and the enforcement of the Kyrgyz language across the nation, on the other. Ethnic confrontations are seen as threatening the country’s territorial integrity. According to the concept, in order to avoid violence all institutions of power, from national to local, as well as NGOs, must embrace the idea of ‘unity in diversity’. The diversity of the ‘people of Kyrgyzstan’ is defned in ethnic, cultural, linguistic, and age parameters.

Third, the concept lays the foundation for a more inclusive national language policy. According to the document, the state language (Kyrgyz) must serve as a binding medium, but linguistic diversity is praised as an important part of the civil identity shared by all Kyrgyzstanis.

Beyond attempts to reach national consensus on identity and language issues, however, the moderates, including President Atambayev, fall short of openly addressing other pending questions that continue to hinder post-June 2010 reconciliation. For instance, moderates in the government and parliament have so far failed to condemn everyday ethnic discrimination and cases of ethnic and religious-based torture by the law-enforcement agencies and within the country’s judicial system. The Atambayev administration has also shown little political will to address the case of Azimjon Askarov, an ethnic Uzbek human rights activist who is serving a life sentence for his alleged complicity in the death of an ethnicKyrgyz police offcer during the 2010 ethnic violence. In the meantime, reform programmes of both the police and the courts have only slowly advanced, with mostly civil society activists and international donor organisations strongly pressing for change.

Furthermore, the concept falls short of fully embracing the idea of civic identity and civic rights, particularly for members of the ethnic majority group. The document, for instance, does not clearly indicate which minority groups need assistance in preserving their right to mass media and education in their native languages. The concept thus avoids directly addressing the thorny issue of the rights of ethnic Uzbeks in the aftermath of the June 2010 violence.

The document takes an essentialist and anachronistic view of ethnicity, especially of the Kyrgyz, as belonging to a specifc territory and sharing common cultural traits. Identity diversity within the ethnic category is not acknowledged, while ethnicity is taken as the most important individual and group identity. These omissions likely reﬂect the moderates’ own understanding of civic identity in Kyrgyzstan’s reality, as well as their inability to persuade the nationalists regarding some of the basic features of civic identity.

Finally, because neither the concept document nor the language policy addresses issues of civic identity for the majority ethnic group, the moderates are bound to continue to deal with the dichotomy often presented by the nationalists: any effort to challenge the strong ethnic Kyrgyz identity is regarded as a challenge to the country’s national integrity. Since 2010, ethnic nationalism has become a convenient and effective way for nationalist politicians to gain political support among the ethnic majority population in an increasingly competitive political landscape. Yet, few moderates in the government and civil society have pushed for more inclusive forms of nationalism. The concept document promoting national unity, as well as the more coherent language policy that aims to depoliticise the knowledge of Kyrgyz, are rare achievements by the moderates.

The moderates’ efforts will have important implications in the upcoming parliamentary elections in autumn 2015. Political competition among the major political parties will likely revive both the nationalist voices that seek to discriminate against ethnic minorities and those that advocate for inclusion. For the moderates, the process of finding a balance between the nationalists and civic ideals has been complex, and many challenges remain. But although the moderates have not been able to fully tamp down nationalistic forces, their policy achievements and concrete actions are likely to continue to undercut nationalistic rhetoric in the coming year and hopefully lead to a more civil political discussion.