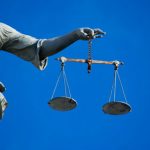 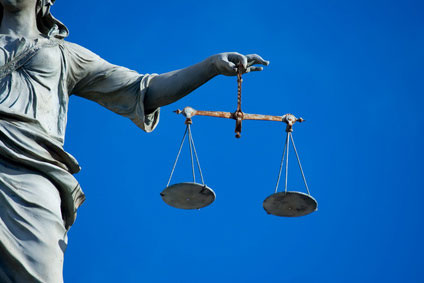 Every leader, whether authoritarian or democratic, would agree that the rule of law is needed in managing a state. They might disagree, however, on the precise meaning and purpose of ‘rule of law’. In developed democracies, the basis of the state is Montesquieu’s separation of the executive, legislative and judicial powers. Judicial independence is even seen as the most important asset for ensuring the wellbeing of the state and its people. Nonetheless, checks and balances also exist, in which the three powers interact and carry out oversight of the others. Where judicial power or rule of law is not suffciently independent from the executive or the legislature and cannot exercise oversight over executive power, the rule of law becomes the law of the ruler. This is the underlying problem affecting the judicial sector in Central Asia, where courts and judges often serve at the pleasure of the powers that be rather than as an independent force acting for the state and its people.

Questions about the nature of rule of law, the ways in which it relates to government and parliament, its form and its function also apply to Central Asia but the most urgent problem is the signifcant discrepancy between theory and practice. Judicial systems and the laws on which they are built have developed considerably over the last two decades, although they are far from perfect. But if laws are not applied in practice, rule of law remains weak. The reasons for the lack of good practice are numerous. On a broader level, implementation of the rule of law is affected by authoritarian rule, bad governance, endemic corruption, absence of respect for human rights, weak education systems, brain drain and citizens’ lack of awareness of their legal rights. On a more practical level, courts are under-resourced and judges and lawyers are inexperienced, under-skilled and insuffcient in number.

Several external donors have chosen to make rule of law a priority area in Central Asia. In doing so, they mainly focus on concrete, practical problems, by training judges and advising on the establishment or revision of laws and codes. Sometimes they try to engage civil society actors, which is also aimed at helping to build people’s awareness of their rights. But most assistance is state-centred. This would not be a problem if the issue of rule of law were embedded in a broader approach incorporating democratisation, good governance and human rights. More importantly, it would require a genuine political will from recipient countries to pursue in-depth reform. Even then, the task would be lengthy and diffcult, as can be seen from the experience of some East European and South Caucasus countries. In Central Asia, European donors run the risk of reducing rule of law to the lowest common denominator, since authoritarian governments recognise the need for a system of laws, but are largely averse to democratisation and do not act on criticism about human rights.

In further fne-tuning support for the rule of law in Central Asia, donors should continue to offer training and advice on legislative reform but this should not be seen as separate from broader concerns about democratic reform. Moreover, it must be recognised that promoting the rule of law will be a long-term process – as most donors understand, both those who have been active in offering rule of law support for close to two decades, and newcomers who plan to invest over the long haul. Topdown initiatives will not suffce; a bottom-up approach, which would raise public awareness on specifc matters, would probably be more effective. Helping states to develop written laws is important, but a longer-term, practical impact could be achieved by taking up issues such as ensuring the access of women and vulnerable groups to local courts, or working out fair and effective solutions to disputes over land. A bottom-up approach should also be applied to the rule of law as opposed to the law to rule on a local level, by increasing awareness among the police about their rights, duties and role in society. This could help to create healthier relations within communities. All this is easier said than done, especially since reform must be implemented in an unfavourable political landscape. So, it is essential to build donor coordination and promote debate among donors on what they seek to achieve over the coming decade.

This EUCAM Watch presents an overview of donor activities and assessment of rule of law problems in Central Asia through three interviews with experts on rule of law in Central Asia. Firstly, EUCAM talks with Mikko Puumalainen, Deputy Chancellor of Justice in Finland, who explains the Finnish government-funded ‘Equal Before the Law – Access to Justice’ programme. Next, we hear from Jörg Pudelka, programme manager of the GIZ regional rule of law programme, who sheds light on the German experience in rule of law support. Xavier Barré, team leader of the EU Rule of Law Platform, talks about EU programming in the rule of law feld. Finally, Steve Swerdlow, Central Asia Analyst of Human Rights Watch, explains the link between rule of law support and the need for stronger EU human rights approaches to Uzbekistan.