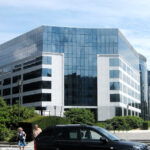 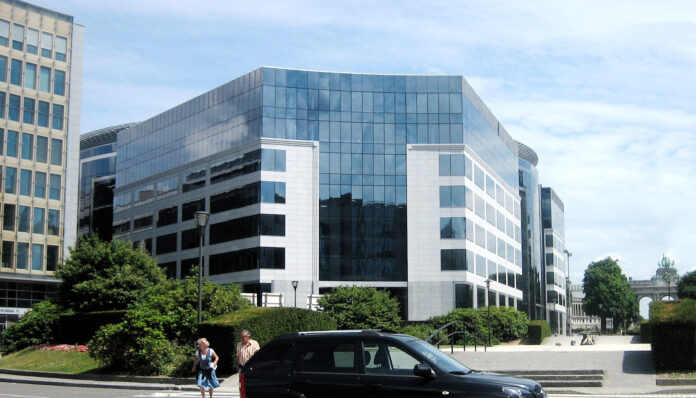 Download “Seven pointers for the new EUSR for Central Asia”

The position of European Union Special Representative (EUSR) for Central Asia is key for EU-Central Asia relations. The EU’s visibility in the region remains modest, and the EUSR plays a central role, not only as the primary point of contact between the Central Asian countries and EU institutions, but also as the embodiment of and main driving force behind the EU’s strategy for the region. Over the last six years, Peter Burian (a Slovak national) and his rotating team fulfilled this mandate in a noticeably active, compelling, and effective manner, leaving a positive legacy. Ambassador Burian was a regular traveller to the region and trusted listener to official and civil society concerns alike, both in Central Asia and in Europe. Arguably, his biggest achievement was guiding the process of developing a new EU strategy for Central Asia that replaced the initial 2007 document.

The new EUSR, Ambassador Terhi Hakala (a Finnish diplomat with broad experience in Eastern Europe and Central Asia), will have the opportunity to set her own priorities within the parameters of the mandate and the EU’s strategy. The EU has come a long way over the past 15 years – since the creation of the mandate of EUSR for Central Asia in 2005 and the launch of the first EU strategy for Central Asia in 2007 – in strengthening relations with Central Asian countries. However, now that cooperation mechanisms are up and running, and the fact that Central Asia is not a priority for the EU, there is a risk of complacency and inactivity. For the EU to capitalise on the time and funding invested to date, it needs to grasp the opportunities that occasionally come along (such as the opening of Uzbekistan) and react more actively to worrying trends that are gaining momentum (such as Kyrgyzstan’s rising authoritarianism and Kyrgyz-Tajik borderland tensions). The new EUSR’s role will be instrumental in spearheading these approaches on behalf of the EU.

In order to help the new EUSR get up to speed, we have taken the liberty to briefly outline seven matters that Ambassador Hakala might want to consider in the fulfilment of her mandate:

First, be a coordinator inside the EU to assure effective coordination between delegations in the region and Brussels, as well as between the European Commission and the European External Action Service. Especially in the case of the latter, there is room to improve the precarious balance between the EU’s foreign policy and development aid. Whereas the EUSR might not have a direct say over these matters, she can help rally officials around common interests and ideas.

Second, inform national capitals about the EU’s activities in Central Asia, and more importantly, try to spark interest from EU member states and other European countries, foremost Norway, Switzerland, and the United Kingdom. Overall, European interest in Central Asia is low, and European countries are happy to have their affairs in Central Asia managed by Brussels (possibly excluding economic interests in Kazakhstan), but they are also keen to be kept informed about what the EU does, and they are occasionally willing to make (modest) national contributions. So, EUSR (virtual) travel should include Madrid and Warsaw next to Dushanbe and Tashkent.

Third, focus primarily on Europe and Central Asia, but do not lose touch with other important actors in the region. Direct cooperation with so-called non-like-minded actors, such as China and Russia, may not be likely to materialise in the short term, but dialogue and exchange of information with these actors makes sense, not least to defuse geopolitical tensions and inspire a more cooperative environment in and around the region. Meanwhile, cooperation with the ‘like-minded’ United States is also modest, as Brussels and Washington both attach little priority to the region. Be aware that geopolitical actors involved in Central Asia continuously risk being played off by each other and by Central Asian leaders.

Fourth, build a network in Central Asia on which you can rely in times of crisis. Of course, the EUSR has access to the EU delegations in Central Asian capitals, but next to that, she should have her own local network of Central Asian civil servants, community representatives, opinion-makers, activists, and researchers. It is also important to have contacts outside of the capitals to be able to get information quickly in case of emergencies (where the EU might play a positive role). The case of the conflicts on the border between Kyrgyzstan and Tajikistan (or ten years ago, the unrest and violence in Osh, Kyrgyzstan) is a case in point, as there is little European intelligence on what exactly is happening on the ground; what are the drivers of conflict, who are the stakeholders, and so on.

Fifth, engage with the Central Asian leaderships, but do not hesitate to hold them to account. Do not shy away from advertising the importance of the rule of law, good governance, and social justice, and advocate human rights as a non-negotiable bottom line of relations. However, refrain from acting as a ‘teacher’ and treat Central Asian leaders as equal partners. Try to inspire and support ways for Central Asian countries to develop their own (locally understood and embedded) models of democracy based on good governance and the rule of law. In the coming period, the EUSR will need to pay close attention to Kyrgyzstan. Once praised as an isle of democracy in the region, Kyrgyzstan is now at severe risk of extreme democratic backsliding following the take-over by the new president and a hastily pushed through new constitution that turns back the clock for the mountainous republic.

Sixth, maintain a close partnership with civil society, and more specifically, continue to include them in the EU’s policies towards the region, both as stakeholders and as beneficiaries, and help cement cooperation between European and Central Asia civil society. The initiative by Ambassador Burian to organise annual civil society fora can be seen as an important achievement and offers specific opportunities to further strengthen ties with civil society. The 2019 EU strategy for Central Asia highlights civil society’s involvement, with particular attention to research cooperation. It would be helpful if the EUSR also contributed to securing European funding for such endeavours by societal organisations and think tanks from Central Asia and Europe.

Seventh, within her mandate, the EUSR has leeway to advance specific priorities for issues that warrant further attention. This allows the EUSR to leave her mark on the relatively new and modest relationship between both regions. Pierre Morel (2006-12) did so by putting emphasis on high-level security cooperation, while Patricia Flor (2012-14) sought to bring gender equality to the EU-Central Asia agenda, and Peter Burian emphasised the role of civil society. The list of possible issues is endless, but some prominent examples include boosting EU support for the development of education, and healthcare. More specifically, emphasis could be put on the question of how to help protect and empower vulnerable groups in Central Asia, including women and disabled people.

With a strong mandate, an ambitious EU strategy for Central Asia and the guidance of these pointers, the new EUSR for Central Asia should be able to hit the ground running. Undoubtedly, civil society in Europe and Central Asia is ready to support these efforts.

Jos Boonstra is senior researcher and EUCAM coordinator at the Centre for European Security
Studies, the Netherlands

Download “Seven pointers for the new EUSR for Central Asia”