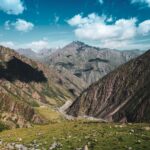 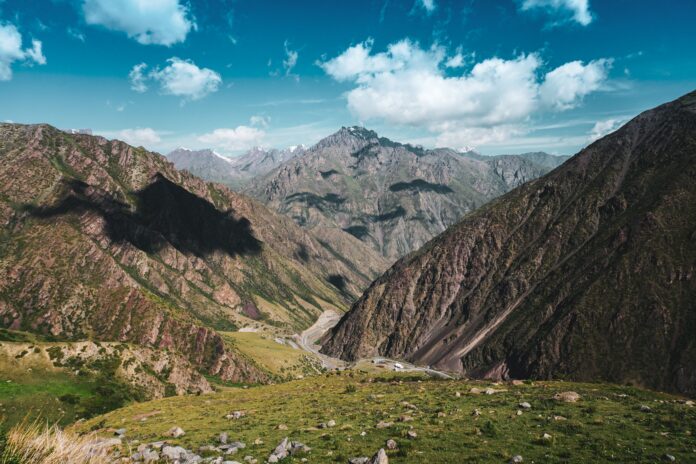 The mountainous regions of Kyrgyzstan and Tajikistan present a set of specific development challenges and opportunities to inhabitants, local governments, and international donors alike. Often, there is a mismatch between the interests of these three different groups. When these interests collide, local inhabitants, who are the ones with the biggest stakes in the regions, seem to lose out. This commentary argues that there is a need for more inclusiveness and transparency in the relationship between the main development actors in the Naryn Region (NR) in Kyrgyzstan and the Gorno-Badakhshan Autonomous Region (GBAO) in Tajikistan. It does so by briefly assessing two development matters: environmental risks and the position of people with disabilities.

The NR and GBAO have a lot in common. Both are breathtakingly beautiful areas that are difficult to reach. They are thinly populated, and inhabitants tend to face similar problems. Education is less accessible and, arguably, of lower quality compared to other rural areas. Due to scarcity of arable land and the absence of quality infrastructure, there are few economic opportunities. As a result, young people must seek work abroad. Whereas these regions are dependent on remittances sent from Russia and other places, labour migration also negatively affects the social fabric of local communities, with breadwinners abroad and families at home.

The Naryn Region makes up a quarter of the territory of Kyrgyzstan but hosts only about 5 per cent of its population. Of its 277,000 inhabitants, only 38,000 live in the city of Naryn; most live in the countryside and villages. Pollution, due to poor waste management, land degradation, and the absence of environmental awareness and policies, is pushing NR into an environmental and social downward spiral.

NR is particularly vulnerable to climate change, the effects of which include glacial melting and higher risks of glacial lakes’ outflows and disrupting water regimes. Over the past two decades, due to climate change there is an increase in the occurrence and duration of dry periods. This is leading to a decline in arable land, which, in turn, threatens livelihoods. Extreme weather and climate and unsustainable natural resources’ management can trigger natural disasters, making the socio-economic situation even more fragile and increasing pressure upon local communities.

Whereas climate and environment have a direct impact on the local community of NR, little is being done by way of government policies to stop pollution and the misuse of resources. There are several environmental NGOs that bring considerable expertise to the table and work together with external donors. Even though external actors often do not make optimal use of local expertise in developing projects and assessments, there are some positive examples. For instance, Lira Sagynbekova, of the Mountain Societies Research Institute, reported that international donors and local communities are collaborating to increase the number of pastures for livestock grazing through restoring pastures and access via roads and bridges. Such initiatives help to counter land degradation, as well as spur local initiative. Clearly, there is a need for external expertise, but preferably with more local input and in line with an active and realistic national environmental policy. Where possible, donors should include a community-based approach that takes into account NR’s specific characteristics; positive examples here are, for instance, the work of the Aga Khan Foundation (AKDN) in Central Asia’s mountainous regions and a handful of other initiatives that are carried out by local experts and NR-based external experts.

Gorno-Badakhshan is an autonomous region of Tajikistan, with its administrative centre in Khorog town. The territory of the region makes up 45 per cent of Tajikistan’s land. However, most of its territory is covered by high mountains, and only 3 per cent is suitable for living. The region’s population amounts to around 230,000 people, and most inhabitants are considered a minority in Tajikistan since they speak indigenous mountainous languages and belong to the Ismaili branch of Islam.

International donors have been active in GBAO for over 25 years. The AKDN and the German Agency for International Cooperation (GIZ), among others, have been funding and implementing programmes for local populations, with some positive results. However, the Tajik government, foreign governments, and donor organisations mostly apply a benefactor-beneficiary approach in their development cooperation efforts. This means that external parties identify the problem and the solutions and then implement projects with the help of the locals. In most projects, the benefactor’s views and actions are leading, and the local community is expected to cooperate and be thankful for the assistance rendered. This practice keeps local communities dependent and creates a lack of transparency and accountability in the relationship between governments, donors, and local inhabitants.

The ‘benefactor-beneficiary approach’ also negatively affects the life of vulnerable groups such as people with disabilities (PwDs). Due to physical and informational barriers, people with disabilities are mostly stuck at home and are thus not visible in the community.
Hence, PwDs are also often overlooked in development programming. For example, some time ago, the Tajik government built a new school in Khorog town but forgot to adapt it to the needs of children with disabilities. Currently, the European Union and AKDN are also building another school in Khorog, but without considering accessibility requirements for children with disabilities. Whereas national legislation and international agreements prescribe schools and public buildings to be accessible to, for instance, wheelchair users or people who are blind, the reality is very different. As a result, children with disabilities are often left behind and, in general, PwDs stay at home and are unable to contribute to society.

To enhance inclusive development cooperation, there is a need to shift from the benefactor-beneficiary approach to an inhabitants-centred approach. A key tool to promote the inhabitant-centred approach is community-led research – where international donor organisations empower local communities to deliver knowledge and to define and address community needs. Afterall, inhabitants are the primary experts through their experience of living in a remote and hard to reach mountainous community with a shortage of arable land, a tough climate, and a permanent risk of natural disasters. Local inhabitants should be treated as equal partners in working with government and donor projects, from beginning (research) to end (evaluation) to achieve sustainable development and genuine local ownership.

GBAO and NR are challenging regions to live and work in, but also for governments and international donors to work with. Delivering aid is often an uphill struggle. When delivering aid, there is a clear need for a more inclusive process, in which the views and work of the local people (from shopkeepers to farmers and from PwDs to environmental activists) are taken on board. For this to happen, there needs to be more transparency on how development cooperation projects are designed and implemented. Easier said than done, but a worthy goal to work towards.

Farida Alibakhshova is founder of the Information and Resource Centre ‘Inclusion’, Tajikistan

Jos Boonstra is EUCAM coordinator at the Centre for European Security Studies, The Netherlands