This roundtable, organised by FRIDE’s EUCAM programme, assessed the EU Strategy for Central Asia that celebrates its seventh year of implementation. Since the Strategy’s inception in June 2007 the EU has sought to boost relations with five Central Asian republics in a range of fields – from security to energy and from human rights to education.

It counted on the participation of Ambassador Janos Herman, EU Special Envoy to Central Asia; Fernando de la Serna, Ambassador on Special Mission for Central Asia; Eduardo Ibáñez, COEST Counsellor, Permanent Representation of Spain to the EU; and it was moderated by Jos Boonstra, FRIDE Senior Researcher and Head of EUCAM programme. 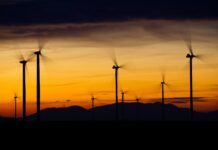