Home Meetings & Debates Past meetings The security and development challenge for Central Asia: What role for Europe?

On 28 May FRIDE’s EUCAM programme organised a roundtable in Madrid looking into ‘The security and development challenge for Central Asia. What role for Europe?  Fernando de la Serna, Ambassador on Special Mission for Central Asia, Spanish Ministry of Foreign Affairs explained the Spanish approach to the region and highlighted the close relationship between Spain and Kazakhstan.

Jeremy Smith, Professor of Russian History and Politics, University of Eastern Finland, Joensuu focused on Kyrgyzstan, going in-depth on the challenges the impoverished country faces in democratisation and in economic performance including such international aspects as relations with the EU and the Eurasian Union.

Jos Boonstra, Senior Researcher at FRIDE and Head of the EUCAM programme stressed that Afghanistan post-2014 security threats to Central Asia are often overemphasized and that the region faces substantial challenges that stand separate from NATO withdrawal. 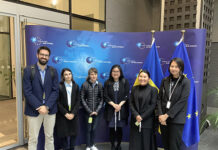 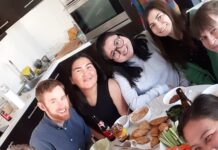