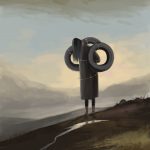 Home Research & Publications Commentaries Not safe at home: Covid-19 in Kyrgyzstan
- No.

Women and girls in Kyrgyzstan have been severely affected by the Covid-19 pandemic. Domestic violence and sexual abuse already were a serious problem in the Central Asian region as a whole and were magnified during the pandemic and subsequent quarantines and lockdowns. Kyrgyzstan saw a steep rise in domestic violence and abuse cases, primarily against women and girls. Although there is legislation aimed at protecting victims, the authorities are ill-prepared to deal with this issue. Domestic violence is not a top priority in political crisis-ridden Kyrgyzstan. There is a strong case for stepping up and coordinating action to protect and help victims, including training police officers to recognise and act on cases of domestic violence.

A woman, her neck wrapped with car tires, silently obeyed her husband. A 20-year-old girl kidnapped for forced marriage and killed at the police station by her abuser. A mother of three brutally beaten by her husband and eventually succumbed to her injuries. These are but a few examples of crimes that have occurred and remain a pressing problem in Kyrgyzstan. Gender-based violence, particularly domestic violence, has recently gained widespread public attention in Kyrgyzstan due to the increasing number of cases. In the context of the Covid-19 pandemic restrictions, a home is not a place where all women feel safe in Kyrgyzstan.

The Covid-19 pandemic led to the declaration of a state of emergency and lockdown in Kyrgyzstan from 22 March to 10 May. According to the Ministry of Internal Affairs, in the first month of the emergency, the number of cases of domestic violence reported to crisis centres increased by 65 percent compared to the same period in 2019; 95 percent of victims were women. During the lockdown, victims found it difficult to contact crisis centres and seek assistance. These centres were the only institutions offering assistance, and women did not feel safe in contacting the police to report cases of abuse. According to the United Nations, from January to March 2020, before the lockdown, there were 2,319 cases of violence and abuse in Kyrgyzstan, including physical, psychological, sexual, and economic abuse, but only 105 criminal cases were brought forward. Current legislation does not prevent domestic violence, and the initiation of criminal proceedings on domestic violence is systematically neglected.

As the number of victims rises, faith in the legal system declines; women tend to not report to the police and struggle in silence. The Law on the Prevention and Protection against Family Violence has little impact in practice. According to the law, victims of domestic violence in Kyrgyzstan are entitled to obtain a restraining order against an aggressor. However, women’s rights NGOs in Kyrgyzstan point out the difficulties in obtaining this order. For instance, the restraining order is given for three days only, and if victims wish to extend it (for another 30 days), they have to contact the police. Statistics of the Ministry of Internal Affairs show that in 2018, less than 1 percent of restraining orders was extended. In many cases, either the police do not take such situations seriously and simply warn the perpetrator not to commit acts of violence again, or the victims themselves choose not to request an extension out of fear of retaliation from their abusers or family.

The problem is twofold. On the one hand, law enforcement demonstrates an unwillingness to either prosecute or document cases of domestic violence and abuse by intimate partners due to the stereotypical roles of men and women in the family. Many representatives of law enforcement agencies come from a hyper-masculine culture that ignores gender inequality and various forms of gender-based violence and are thus passive in dealing with domestic violence cases. On the other hand, victims themselves are rather unwilling to report due to various social factors, such as preservation of family, uyat (Kyrgyz for ‘shame’), and condemnation by society for speaking up against their husband/partner, or further violence from aggressors. During the lockdown, it was even harder to report, as victims and aggressors shared the same premises for 24 hours a day.

Given the current political turmoil in Kyrgyzstan, combating gender-based violence is likely to become even less of a priority for the government. Many international organisations and NGOs, including Human Rights Watch, have raised concerns over the violation of fundamental human rights during the political crisis. Gender-based violence is often a neglected subject at both the societal and governmental levels, so the chances of it being prominently featured on the new political agenda are quite low. In the past few years, society has become more active in speaking up against domestic violence crimes, but unfortunately, this does not mean that the authorities have become more receptive towards addressing these issues. It remains to be seen what changes, if any, in the gender equality domain would be brought about following the upcoming presidential elections in January 2021.

Besides further legal provisions and procedures, domestic violence needs to be addressed on two fronts: victims and law enforcement.

First, during the pandemic and the political crisis, civil society, crisis centres, and shelters were the only ones providing actual assistance to the victims of domestic violence. Initiatives are mostly run by women from civil society organisations. Shelters were overwhelmed with demand but lacked sufficient funding. There is an obvious need to offer increased legal, medical, and psychological assistance, not only in times of crisis but also in normal times. Currently, women who fall victim to domestic violence are not safe at home and have nowhere to go.

One way to ensure protection for those at risk or victims of domestic violence and abuse is the free provision of qualified legal, medical, and psychological support focused on providing immediate but also continuous assistance. The 2019 Stichting Justice Initiative’s ‘Review of measures to counter domestic violence’ (Самое опасное место: обзор мер по противодействию домашнему насилию. Международный опыт) suggests that experts offering legal, medical, and psychological assistance must be gender-sensitive, independent and impartial. Women in Kyrgyzstan, particularly in rural areas, are often unaware of their rights. Legal experts can help victims by explaining how to obtain or extend a restraining order and what other legal means there are to ensure safety. In the same vein, medical experts can provide examination results and offer immediate medical assistance in case of physical injuries. And lastly, physical and sexual violence by intimate partners cause long-term mental health issues, such as trauma and depression, which need to be addressed with psychological assistance. Clearly, there is a case to be made for increased funding to Kyrgyz civil society organisations to initiate and coordinate such efforts with the authorities.

Second, Kyrgyzstan has a weak security sector that is ridden with problems, including a lack of training, insufficient wages, and vast corruption. On top of this, police are male-dominated and not sensitive to gender issues. On a more positive note, the country’s security institutions are not ‘off-limits’ or completely closed, which opens up the possibility for training and slowly changing the culture of policing domestic violence.

More resources and attention by international donors are due to gender mainstreaming in policing activities and conducting specialised gender training for law enforcement officers. A special focus is warranted on personnel working with victims of domestic violence. The OSCE Programme Office in Bishkek has supported this type of training in the past; an example is the training courses on gender mainstreaming in the security sector organised by the Kyrgyz Association of Women in the Security Sector. The UNODC in Kyrgyzstan also assisted in conducting training on crime prevention, including gender-based violence, for over 200 female police officers from all regions of Kyrgyzstan. Police officers who are gender-sensitive, address the needs of the victims, and avoid harmful stereotypes can offer more efficient support for victims and reduce the risks of re-victimization. Law enforcement should be encouraged to hire more female police officers, as victims of domestic and sexual violence are more inclined to tell their stories to a woman. It is important to include trainers not only from local civil society and NGOs but also trainers and staff from international development agencies, to minimise the risk of a backlash against those working in local women’s rights NGOs.

The Covid-19 pandemic enforced existing inequalities, placing women and girls in a more vulnerable position. This, combined with ineffective legislation and police passivity, has led to a steep rise in domestic violence across the country. Gender-based violence needs the attention of the Kyrgyz authorities, civil society, and international donors alike. The focus should be on raising awareness of the issue, taking measures to prosecute perpetrators, and making sure that medical, psychological, and legal assistance is available.