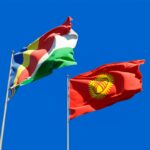 Home Research & Publications Commentaries Out of the frying pan and into the fire: Kyrgyzstani women abroad
- No. 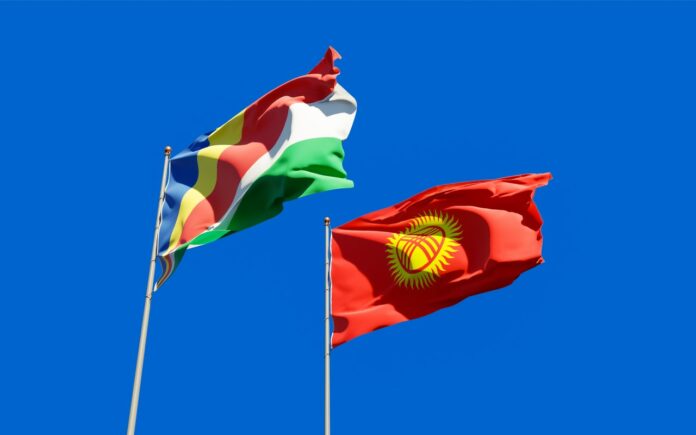 Download “Out of the frying pan and into the fire: Kyrgyzstani women abroad”

Kyrgyzstani female labourers working abroad face a double risk: being women and being migrants. Most lack basic social and legal protection. Indira is a Kyrgyz hairdresser in Moscow. Because she is not officially employed, she was not entitled to any social benefits or compensation when her beauty shop had to close during the lockdown. She was forced to loan money from friends to pay her bills. She also needed medical treatment, but could not access public health services in Russia, had no money to pay for private healthcare, and could not go back to Kyrgyzstan due to travel restrictions.

Indira’s story is commonplace for Kyrgyzstani women working abroad. Despite being an essential source of income for their families and country, they have no or very few rights, and little is being done to assist these workers who are at higher risk in times of crisis. Both the Kyrgyz authorities and international donors need to pay attention to this issue and develop an awareness-raising campaign for women planning to work abroad, build capacity among young women, and establish practical legal safeguards that can be enforced.

According to MigrationDataPortal.org, Kyrgyzstan ranks fourth among economies whose GDP is dependent on remittances. In 2019, remittances accounted for 30 percent of national GDP; the number of migrants reached 755.000 people, and more than half of them (59.6 percent) were women. The feminisation of migration is much higher in Kyrgyzstan than in other Central Asian countries, where women constitute less than 20 percent of migrants. Only a few Kyrgyzstani women move abroad for family reunification reasons, and the majority are independent migrants who support families in Kyrgyzstan.

According to the Gender in Society Perception Study conducted in 2018 by the UN Women Kyrgyzstan Country Office, Kyrgyzstani migrant women are mostly from rural areas and their primary motivation is to improve the economic well-being of their families. A much smaller group consists of higher educated single young women from urban areas that often seek good employment opportunities abroad. The main destination countries are Russia (about 70 percent), Kazakhstan, Turkey, and South Korea, where migrant women are mostly employed in the services, retail, catering, cleaning, beauty, domestic work, and textile sectors.

Migrant women are twice as vulnerable, both for being women and for being labour migrants. There are four main categories of migrant women who faced a variety of issues during the pandemic and related restrictions.

The first category consists of migrant women that were employed in essential – though mostly low-paid – sectors during the lockdown, such as healthcare and retail. These women were at risk given their high exposure, without adequate social distancing or facemasks or other protective equipment. For instance, cashiers in Russian supermarkets were provided with only one set of personal protection equipment and they did not have the opportunity to change them as required by health and safety rules. Moreover, personal protection equipment was unisex, and, in most cases, it did not fit well and was uncomfortable or inefficient.

Second, a lot of women who worked in the beauty, retail, and textile industries lost their jobs. Many of these women worked without contracts and were left without any source of income or social protection. It also affected the income of their families back home, as many were the sole breadwinners. Meanwhile, those women that have husbands with them were at risk of skyrocketing domestic violence. While this is a risk that women endured everywhere during the lockdown, women abroad have even more difficulty reporting abuse.

Third, many Kyrgyzstani migrant women are active in the domestic work sector as cleaners or nannies. While most of these women managed to keep their jobs, they are more likely to experience discrimination and violence. The domestic work sector is one of the least regulated sectors, and there is no legal or social protection for employees. During the pandemic, the workload of these workers increased, mostly due to remote working and schooling, but there was no concomitant increase in income and safety measures. The lack of legal protection, the unequal relationship between employer and worker, the imposed ban on movement, and isolation resulted not only in psychological pressure but also placed these women at higher risk of gender-based violence at the hands of employers.

Fourth, migrant sex workers have been exposed to the highest health risk, as well as socio-economic risks. Many are victims of sex trafficking. Kyrgyzstani sex workers have no legal or social safety net to fall back on as prostitution is illegal in the destination countries, foremost Turkey and the United Arab Emirates. It is uncertain how many were infected with Covid-19, received treatment, or were left without any means of support because governments of both home and destination countries, the community, and even relatives of migrant women prefer to turn a blind eye to the existence of such workers, to their situation, and their problems.

Whereas most migrants stayed abroad during the lockdown, about 20.000 migrants did manage to return home. Thousands were temporarily stuck in Kazakhstan and hundreds trapped at airports. In these situations, women lacked items such as sanitary pads, diapers for children, etc. Meanwhile, the women who stayed were often left without medical care. Many migrants were turned down when in need as they were discriminated against when healthcare services in Russia were under pressure.

The Covid-19 pandemic and subsequent lockdown brought further to the fore the many challenges faced by women migrants. Kyrgyzstan is not able to provide basic social protection to the many labour migrants it is so dependent on; the legal framework to help labour migrants in need is absent. The political developments and unrest that followed the October parliamentary elections and the confusion in the lead-up to the new elections have made it even harder for the issue of migrant rights to become part of the agenda of the Kyrgyz government.

To address the issues faced by migrant women and to protect their rights, health, and safety during the pandemic and post-pandemic period, structural changes should be prioritised by the Kyrgyz government and other stakeholders. This should start with an online and offline awareness campaign in Kyrgyzstan to inform young women before they leave to work abroad. Such a campaign should highlight the social and legal risks associated with this type of migration.

More structurally, Kyrgyzstan, and international donors should fund and promote programmes focused on women’s (vocational) education. Training and workshops should be organised for women, especially from rural areas, to give them the opportunity to obtain highly-demanded skills and knowledge and improve their chances of finding employment at home.

There is also a clear need to devote attention to the legal framework to better safeguard women migrants abroad, for instance by creating mechanisms for repatriating citizens in times of crisis. Kyrgyzstan should also work to include labour standards for domestic workers in bilateral agreements with ‘host’ countries. Ideally, such legal changes would be spearheaded by (increased numbers of) female politicians in the Kyrgyz government and parliament. But the creation of a legal framework is only the beginning. Implementation and enforcement will remain highly problematic as long as there is corruption in Kyrgyzstan and the host country, in combination with a demand for cheap labour from Russia, Turkey, and elsewhere.

A holistic approach is urgently needed. On the one hand, one should aim to increase women’s capacity, legal power, and financial independence, and lessen vulnerability during crises. On the other hand, the focus should be on improvements in the regulatory framework and its enforcement, where women should play a role in developing and maintaining such a system. However, the Covid-19 pandemic consequences, coupled with a weak economy and a political crisis, will likely push migrant women issues further down the list of priorities for the foreseeable future.

The Covid-19 pandemic has laid bare many unnoticed issues; the situation of migrant women is one of them. Both Kyrgyzstan and ‘host’ countries of labour migrants, plus the people working in this sphere, should consider the pandemic as an opportunity to develop and implement gender-sensitive policies and programmes, taking into account the needs and challenges of migrant women.

Download “Out of the frying pan and into the fire: Kyrgyzstani women abroad”