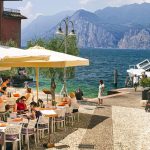 Home Research & Publications EUCAM Watch What does a ‘good life’ mean for Central Asia?
- No.

Can life in Europe serve as a guide for development policies towards Central Asia?

Amid concerns and uncertainty about one’s own health and that of our loved ones, the COVID-19 pandemic has made us reflect on what really matters and what essentially makes a ‘good life’. Many things that seemed natural such as going out with friends or going to a concert or a football match are now restricted or forbidden. At the same time, other activities that many of us had perhaps forgotten such as reading or handicrafts are being rediscovered. Meanwhile, appreciation for crucial professions such as doctors and nurses, as well as teachers, has risen enormously. Most of these developments are probably common to all countries affected by the pandemic. With this in mind (and time on our hands during lock-down), the European Neighbourhood Council (ENC) and CESS’s EUCAM programme decided to look into the notion of a ‘good life’ as it is perceived in Central Asia, and try to discern if Europe is seen as an (of course imperfect) model. Hence, for this EUCAM newsletter, we asked scholars and EUCAM associates to give their opinion on what a ‘good life’ means in Central Asia and how the concept could be used in European development policies. An ENC analysis on the issue is also forthcoming, based on a survey to Central Asian scholars and civil society representatives.

Connecting the concept of ‘good life’ to Europe’s engagement with Central Asia comes from Emil Dzhuraev, who took up the issue during one of the seminars held by the EU Special Representative for Central Asia to gather ideas from civil society with regard to the formulation of a new European Union Strategy document for Central Asia (2019). Dzhuraev, citing Hannah Arendt’s three-level model of ‘active life’ (vita activa) in The Human Condition (1958) as inspiration, proposed three ‘good-life levels’ in the present context: 1) a safe life (rule of law, human rights, etc.); 2) a comfortable life (economic conditions, healthcare, education); and 3) a meaningful life (participatory citizenship, associational life, religion, etc.). He then went on to argue that the EU might be able to close the gap in the tense relationship between promoting democratic values and pursuing pragmatic economic and security interests by making the pursuit of a ‘good life’ the focal point of its external policies. By using relevant European achievements in attaining a ‘good life’ to support development aspirations in Central Asia, the EU could also boost its visibility in the region and secure local buy-in. Since then, the idea is often mentioned by civil society and EU policy-makers alike, and, while the EU Strategy does not mention ‘good life’ as such, its emphasis on resilience and prosperity could be linked to the first two levels of a secure and comfortable life.

In a survey in which we asked Central Asian respondents to rank the essential ingredients of a ‘good life’ for Central Asians, as well as what they thought constituted a ‘good life’ for the average European, we saw two overarching trends. For Central Asians, a ‘good life’ seems to be foremost connected to family: being part of a family, marriage, children, and contributing economically to the family. This idea also transcends to the community, as status is often measured by the role a family plays in the community (wedding parties, funerals). Meanwhile, our respondents saw Europeans as more individualistic, with many opportunities for education and travel and a safety net in terms of healthcare, benefits, and pensions. Beyond these stereotypes, there are some nuances, but the ingredients that make up a ‘good life’ were largely similar.

For this EUCAM Watch, we asked five experts – one from each nationality – to tell us how they see the concept of a ‘good life’ in EU-Central Asia relations. Whereas they see merit in using the concept in EU policies and development cooperation, it does come with several warnings and pitfalls to avoid. Selbi Hanova argues that the concept would need careful fine-tuning as a perception of a ‘good life’ depends on who you ask and could thus lead to misunderstandings. Rashid Gabdulhakov makes it clear that ‘a good life-approach’ should not be used as an excuse to close one’s eyes to human rights offenses by playing the ‘things work differently here’ card. Emil Dzhuraev sees it as crucial that the process be locally-developed and implemented, with Central Asians making the changes themselves and Europe supporting the development of broadly agreed matters like healthcare, based on its values and experience. This is echoed by Nushofarin Noziri who argues that asking Central Asians for their take on what should be done is important (though uncommon for the region) to create local ownership and sustainability of development and reform processes. In those cases where Europe wishes to steer and influence the process, it should use education, argues Nargis Kassenova, for example via summer camps for kids or the establishment of a College of Europe.

Enjoy the read, think about what you consider a ‘good life’, and stay healthy!