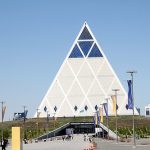 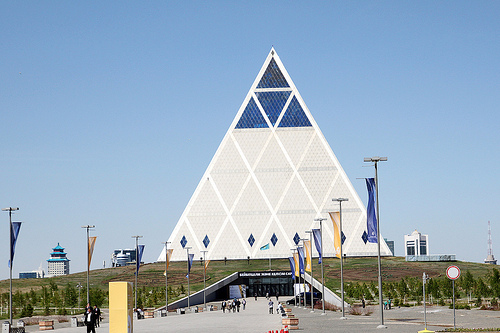 Novels, academic literature and cinema all tend to take a bleak view in forecasting the future. Futuristic novels from the 1920s and 1930s, such as We by Yevgeny Zamyatin and Brave New World by Aldous Huxley, paint a grim picture of a unifed, all-encompassing state that controls people’s lives and thoughts: the perfect authoritarian state. In the 1990s, in the less fantastic, more realistic feld of academic international policy, Samuel Huntington predicted a clash of civilisations and Francis Fukuyama’s more upbeat The End of History? prophesied that liberal democracy would become the main form of government in the world, ending ideological competition. This would bring an end to history, leaving only events rather than indepth developments. Meanwhile, Hollywood cinema during the last decade has further developed the disaster genre. More movies have as their central theme devastating climate change, the global spread of deadly viruses or nuclear catastrophe. With the possible exception of Fukuyama, who later toned down his hopes for the triumph of democracy, few of these works have presented positive outlooks on the future.

Predicting the future of Central Asia based on its progress over the last 20 years unfortunately seems to ft in with this tradition – although hopefully, and most likely, the downward trend will be less radical. Authoritarian rule is frmly established, even if not to the extent described by Zamyatin and Huxley. Chinese, Russian, Western and Islamic civilisations are coming into collision in Central Asia, just as Huntington predicted. Fukuyama might also have been partially right, in that democracy appears to be the only model that can help the region develop. Environmental prospects for Central Asia over the coming decades are also worrying. Increased drought is likely, which could potentially lead to natural disasters. For example, the partial disappearance of the Aral Sea was a disaster in slow motion.

Central Asia’s future can be examined from three different perspectives: national, regional and external. The greatest challenges for the region’s young countries are at the national level. The republics have only been independent for 20 years, so further statebuilding is needed. With the Soviet legacy quickly disappearing, future leaders will need new arguments to help them retain popular support. So, nationalism and growing adherence to Islam will likely be central to the countries’ prospects in the coming decades. On the regional level, there has been little cooperation among the fve Central Asian countries. Meaningful cooperation has been blocked by distrust among the different leaderships, as well as by fears of handing over to regional mechanisms powers that were only recently acquired. Further regional disintegration is more likely than countries seeking joint solutions for their shared problems. On the external relations front, Central Asian states are inexperienced and young, and at the same time, some of them are strategically important or rich in energy resources. So, outside powers have sought to increase their inﬂuence. Russia, China and, to a slightly lesser extent, the U.S. have been most involved, but other players such as Europe, India and Turkey have also taken an interest in the region. As they mature, all Central Asian states will develop their own relations with external powers. China will be especially important in the region over the coming decades, and the inﬂuence of Islamic states too will be a factor to watch.

This EUCAM newsletter looks into prospects for the development of Central Asia as a region and expectations regarding the development of Central Asian societies. Last year, the Central Asian republics celebrated 20 years of independence. What will their region and their countries look like in 2030? We invited four top Central Asia watchers to look in their crystal balls and tell us what they see in 2030. Alain Délétroz of the International Crisis Group (ICG) foresees the disintegration of the regional notion of Central Asia, linked to declining Russian inﬂuence, and attaches particular importance to Central Asia’s biggest states, Kazakhstan and Uzbekistan. Marlene Laruelle, director of George Washington University’s Central Asia Program (CAP) and EUCAM researcher, believes that the Central Asian regional notion is not sustainable and describes how the fve states might each take a different path of development. Nargis Kassenova of KIMEP University examines two possible scenarios involving external actors, most importantly Russia, China and Islamic republics, while placing hopes for positive change on the region’s younger generation. Shairbek Juraev of the OSCE Academy in Bishkek also argues that a new generation will have the opportunity to shape the region, and describes three, so far mostly negative, determining trends: economics, governance and regional cooperation. Taken together, these essays offer a comprehensive picture of current developments and future prospects.