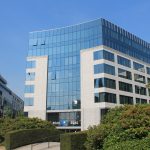 Enough to do for the EU in Central Asia

I always have a ‘to-do list’ at work. And, like most people, before I complete one task, I already have a few others to add. So in order to prioritise, my list is actually three lists: one with bullet points with what needs to be done this week (make phone calls, answer emails); one with those items that have a deadline down the road (project report, call for proposals); and a sort of wish-list with those things I would like to do when and if time allows (develop a new idea).

The new EU strategy for Central Asia, adopted by the EU Council on 17 June, reads a bit like this. It includes things that the EU will do (‘the EU will strengthen cooperation on vocational education and training’); things to continue to address over the coming years (‘the EU will continue to promote respect for human rights’); and matters to devote attention to in due course (‘the EU will aim to encourage more sustainable and inclusive growth models in the region’). In sum, rather than a strategy, it is an approach or more simply, a ‘to-do list’.

The 2007 strategy had focused heavily on energy security as this was a European concern at the time, with Central Asia offering new energy import opportunities. The document was ill-prepared to cope with the importance of Central Asia to European (and US) engagement in Afghanistan some years later and the worsening of relations with Russia. The current document seems less rigid in terms of specific topics (possibly except for connectivity, which could end up being just a buzz word that loses importance over time), and seems better prepared to assume new challenges and take on opportunities, as stressed under its two main headers of resilience and prosperity.

At EUCAM we are happy that the new strategy takes up several matters advocated by our authors over the past 10 years. First, the document is more flexible on regional cooperation, accounting for the diversity of the Central Asian states and being open to participation by Afghanistan and Eastern Partnership countries. Second, the document is clear on the importance of democracy promotion in terms of accountability vis-à-vis the population as well as a means to attract investment, while highlighting human rights as an essential element of relations. Third, the document addresses human security and accountable security-sector governance. These two elements, which are intertwined with democracy, present a more enduring approach to promoting the security of average citizens than previous notions of ‘security and stability’ or geopolitical thinking. Fourth, the document embeds sustainable energy, while being more modest about grand international energy infrastructure. Fifth, it pays much more attention to linking Central Asian societies’ social and economic issues, such as promoting local trade or addressing the rural-urban divide. Sixth, there is a heavy focus on youth and education with links to job creation. Finally, the new strategy foresees more engagement with European and Central Asian civil society organisations (CSOs), also highlighting research, for instance on drivers of violent extremism.

Under this new guiding document, the EU will have to address a host of matters in a tangible way. One of the main challenges will be how closely to integrate the strategy and the upcoming Neighbourhood, Development and International Cooperation Instrument (NDICI) in operational terms. While the EU’s new funding instrument will probably offer greater flexibility to address new issues as well as to adapt funding to changing interests and circumstances, there is a risk that transparency in terms of funding dedicated to projects and programmes be weakened. Here, renewed efforts in civil society monitoring of EU policy and spending will be important to increase the efficiency of implementation and, where useful, discuss the approach chosen by EU institutions. European and Central Asian civil society will also need to better understand the evolving Europe-Central Asia relationship, while the European policy community will need to better grasp the underlining developments in Central Asia to which the strategy will need to react. In this sense, the new strategy is a ‘positive challenge’ not only for the EU and Central Asian partners but also for civil society and researchers.

In this EUCAM Watch, we have asked four EUCAM associate researchers and advisory group members to share their first impressions on the new EU strategy for Central Asia.